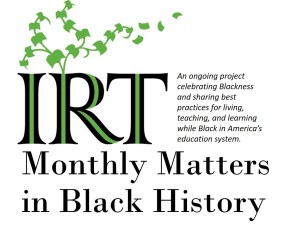 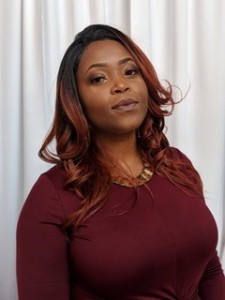 One of the most fascinating (and disheartening) phenomenon I experienced as a first–year teacher in an urban public school was the way in which the Black students I taught assumed that because I was Black—in addition to being a woman, “foreign,” and young—I knew less than my white colleagues, even when those colleagues and I shared similar demographics across gender, age, educational background, and professional experience. Comments such as “she doesn’t know what she’s talking about,” “what the hell is she saying” or even, “she can’t teach” alerted me to the ways in which my identities had predetermined my capacity, and by extension, that of my students. It became increasingly clear to me that years of indoctrination had led my students to think the way they did about Black intelligence.

Even more than thinking intelligence was colored everything but Black (or Brown), my students had also learned that “American” was the most reliable and legitimate label from which to expect knowledge and skill. As an Afro-Caribbean U.S. Virgin Islander—whose relationship to Americanness is fraught—it had become clear to me that my students had inherited a white supremacist, imperialist, patriarchal framework for being in the world.[1] Who my students believed was most qualified to teach them was not simply about years of experience in the classroom but also about years of experience being American. How American I could be directly informed my students’ ability to respect me in the classroom. That I had a slight accent, was born in a place they’d never heard of, and happened to also be Black meant that I would have to work overtime to establish professional authority in my classroom.

It is no new revelation that the American public school classroom is a political space where meaning–making and knowledge–production have immense implications for identity construction and self–actualization. Using American philosopher Shannon Sullivan’s theory of racialized spaces, the public school classroom emerges as a particularly significant space for Black students and Black educators. Drawing specifically from Sullivan’s analysis of how the notion of “objective” spaces actually overlooks the “racially magnetized whiteness of space,” it becomes evident that the very act of teaching while Black renders the classroom meaningful insofar as education occurs within an already charged context.[2]

As a lived space (as opposed to an objective one), the public school classroom functions as a medium for how information is signified, contested, or adhered. In it, teachers and students engage one another in ways that reify or expose the terms of their relationship. In the public-school classroom predominated by Black students that relationship between teacher and student is wrought with histories and policies inherited from the political and cultural structures within which the school exists. When entering the public-school classroom, Black students enter spaces already laden with meaning predetermined by state, local, and school agents—spaces that have, thus, been colonized. As teachers in those spaces our presence can either serve to reinforce these superimposed expectations or challenge them. Just as much as the public school space magnetizes racialized significations that indicate the value or lack thereof of Blackness, it also reproduces and reflects other political relationships to be found in society at large.

American chauvinism provides that most Americans (students particularly) have no clue that the U.S. still owns colonies in the 21st century. America’s pervasiveness in global politics obscures the travesties of its national reach while simultaneously celebrating the necessity of such a reach and, therefore, reinforcing the myth of American exceptionalism. The power of America’s myth of exceptionalism is that it does not discriminate. In a stratified society of restricted access to equitable resources, marginal people’s investment in other modes of domination appear imperative to their survival. Yet, xenophobia and national chauvinism will not protect us from oppression and injustice. In fact, what it is bound to do is prolong all our chances of actually being free.

What would it mean for our students to not only expect intelligence from Black educators, but from all Black educators? Part of the work of dismantling the colonial framework of education requires that we contend with the ways in which that framework is adopted and then practiced by colonial subjects themselves. This means that the project of undoing colonialism, or decolonizing, entails far more than just edifying those who have been subjected to erasure and devaluation. It requires that we un-school and dispossess ourselves of the colonial tools that we may very well utilize against ourselves and others similar positions as us.

A liberatory Black educational framework is one that is expansive and rooted in love. It is a comprehensive recognition of Black intersectionality and complexity. Failing to adopt such a framework in the public school classroom has long-term ramifications for the state of Black education in the U.S. and elsewhere. Without such an inclusive framework, the Black educator runs the risk of reinforcing other equally damaging tropes of undesirability. The work is not simply about cultivating the growth of Black leaders and organizers. It is also about creating space for the most peripheral and unknown aspects of Blackness to reside. A Black educator equipped with an expansive liberatory educational framework loves Blackness and invites her students to imagine endless possibilities for Blackness in and outside of this American context. She is committed to the cultivation of the mind and the development of critical awareness in her students and herself. From a place of love, she challenges the ways her students think of her, themselves, their relationship to knowledge and to the State. She disrupts the narrative that Blackness, woman-ness, queerness, foreignness, poorness, youthfulness, Native-ness, and the like must be rejected in order for one to construct and share knowledge.

[1] Here, I refer to Indira Karamcheti’s critique of college students’ stereotyping of her ability and expertise based on her perceived inferiority as a woman of color and postcolonial being. Indira Karamcheti, “Caliban in the Classroom,” in Teaching What You’re Not: Identity Politics in Higher Education, ed. by Katherine J. Mayberry (New York: New York University Press, 1996), 215-227.

[2] Shannon Sullivan, “The Racialization of Space: Toward a Phenomenological Account of Raced and Antiracist Spatiality,” in The Problem of Resistance, ed. James Joy and Steve Martinot, (Philadelphia: Temple University Press, 2011), 91.

Founded in 1778, Phillips Academy is an independent, coeducational secondary school with an expansive worldview and a legacy of academic excellence.